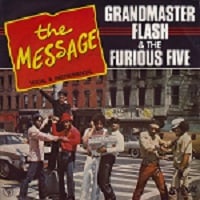 The message is the lost art of hip hop that defines the continual shift in hip hop.When Grand Master Flash and the Furious Five released “The Message” in 1982 the inner city finally had a voice and that voice was hip hop.  This new form of artist expression was appropriately called rap music and was a way for young black men to express themselves in a creative fashion.

The funny thing is the basic art form of rap has changed and been distorted over the years. Rap music was once a platform to describe social tension and suffering within the inner city by the people that needed to relay their experiences within their community. Hip hop is actually not the name of the music but the culture but mainstream society has most rap fans brainwashed.

Over the years MC’s have veered away from the one fundamental element that made rap music a universal art form. That missing element is the passionate message that was born through struggle and sacrifice; which no longer exists in hip hop. When I state that rap music was a universal art form, I mean that we have been rapping for years in the black community. It just took mainstream American didn’t recognize this gift until the rhyming was recorded over break beats. The word rap comes from the slang word meaning to conversate back in the 60’s.

Rap music was a form of conversating with rhythm and timing over a beat. Those conversations are now few and far between now everyone thinks metaphors and slick delivery equates to good music. Why do fans think that sophomore albums rarely thrive in the hip hop industry? Notoriety, lifestyle change and success create a lack of struggle for most artists. It goes from being a passion to an actual job. Real rap is an art form once you lose the passion to create art, then its just noise. 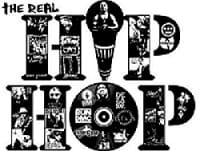 Fans don’t believe everything that you percieve. Apparently everyone in the industry is making millions, while popping $300 bottles of champagne every weekend. Everyone raps about making it rain in strip clubs and how many bad bitches are jocking them because they rap. The reality of hip hop is quite different than the perspective that they paint.

Most artists have fulltime jobs and pay for their own studio time, beats and music videos. These artists that you see at your local shows are rarely paid to do what they love but in reality sell tickets for the promoter for 12 to 15 minutes of stage time. The new message revolves around status or better yet perceived status. The moral of the story don’t believe everything that you perceive.

The Message – Lost Art of Hip Hop-Too Many Gimmicks

There are too many gimmicks in todays hip hop. Major labels have stooped to encouraging their artists to partaking in too many gimmicks to sell records or gain notoriety. Since most artists are going the independent route there is less money for a budget so artists have resorted to the perception is reality formula of promotion.

Make the listeners believe that you own a $500,000 Bentley and you are buying out the bar every night. Artists and labels are trying the most current gimmick to increase their online presence. These gimmicks may range from staged beefs to generate or create buzz around a specific artist or artists to leaked photos or gossip to get people talking about their artist.

The aftermath is that hip hop has become a shell of its former self.  It’s up to the listeners to demand a better product from their favorite artists and not settle for mediocrity.  The music that they play at your favorite radio station is more about popularity and less about talent or artistic substance.

When you are looking for your next favorite artist, ask yourself the question can I relate to what this artist is talking about? Does it seem that this artist gave me his or her best effort? Did the artist show any sense of originality or does his or her music sound like every other song on the radio? The bar needs to be raised because if not, we are going to lose what made hip-hop music so magical. This article is Signature Diversified ENT approved, just in case anyone forgot Brotha Blakk said it. 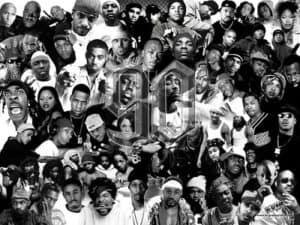 The message is the lost art of hip hop that explains the constant decline in recent hip hop music.