Marvaless queen of bay area gangsta rap  and the topic of this weeks throwback Thursday blog.

This Throwback Thursday’s blog recognizes Marvaless, hailed by many as the bay area gangsta rap queen. She is still the reigning queen of Bay Area Gangsta rap music. There have been so many artists that have changed the face of the Bay Area hip hop scene. I mean when you think about gangsta rap music in the Bay there are many prominent names that come to mind. When people rattle off their list of artists that transcended the genre of gangsta rap in the Bay Area none ever include the queen of gangsta rap. It was one of the hardest eras in hip hop and a revisionist West Coast history lesson is in order. 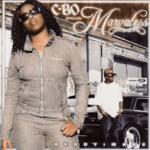 Marvaless exploded on the scene after appearing on C-Bo’s album Tales from the Crypt. In an industry and genre predominantly represented by male rappers, Marvaless held her own. She murdered numerous verses and quickly became one of the hardest spitting females to ever get behind the microphone.  Her quirky but raw delivery left everyone asking for more. Songs like “Stompin’ In my Steal Toes” and “Take It How You Want To” made her a force to be reckoned with on the West. Marvaless appeared on numerous C-Bo Albums over the years, each time holding her own with some of the coasts most notorious names.

One of my favorite Marvaless solo offerings is Wiccked. It was an instant Bay Area classic from the first track to the last, Marva Jean got it in. It was so street and so west that everyone had to have their copy of Wiccked to slap through the hood. She was able to keep it Gangsta but still lyrically murder each track. 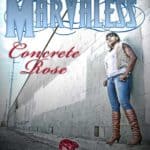 She continues to bring the funk over West Coast influenced beats. She still comes harder than most of the rappers in the industry, especially in today’s hip hop music. Marvaless has a way of portraying the streets but still remaining true to who she is and what she represents. She is currently working with C-Bo on future projects and well as other legends from the bay. If you from the West Coast and don’t know about Marvaless, then lil nigga do your homework. This article is Signature Diversified ENT approved just in case anyone forgot Brotha Blakk said it.

Whenever anyone mentions Northern California and female spitters there is no denying that Marvaless The Queen of Bay Area Gangsta Rap.