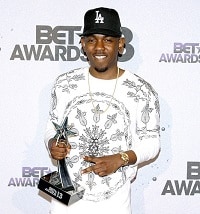 I am not saying anything new to anyone out there, when I say that the music industry has been searching for a West Coast savior for years. Dr. Dre passed the torch to The Game and it seems The Game has passed the torch down to Kendrick Lamar the newly appointed West Coast Savior.  The West Coast rap scene has continued to hold their own but has lacked the mainstream notoriety that they once monopolized in the 90’s through the early 2000’s.

Kendrick Lamar has put an entire coast on his back and he has lofty aspirations of bringing prominence back to the West Coast. The BET Cypher Sunday night proved that Kendrick is not done with his wakeup call to the industry. He just may be the future of hip hop period and the entire left side of the map should benefit as a result. 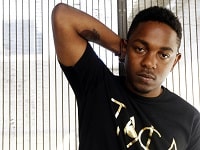 The creativity of the hip hop genre has continued to decline over the years. Every new rapper is trying to sound like the current hot rapper.  MC’s do your homework!  Iconic rap legends did not become legends because they tried to sound like someone else, but because they decided to be themselves.

Kendrick comes from a generation that grew up listening to artists like DMX, Tupac, Nas, Scarface and the Notorious B.I.G. You have to know where you came from to be truly musically gifted; he grew up listening to oldies and lyrical content in music.  I believe that foundation is what paved the way for the artist that you see today. Kendrick Lamar excels, when Kendrick is being Kendrick Lamar on his records.

Kendrick Lamar doesn’t try to sound like Drake or Lil Wayne. What he does do is focus on letting his natural ability shine through on every track he record. Fans can relate and embrace an artist that has a deep passion for their craft. The young man has studied the game and thoroughly researched all the classics. Kendrick lamar embraces the challenge of being the West Coast savior like a badge of honor.

Someone needed to raise the bar because what is now considered status quo would not have even landed an artist a deal ten years ago. There is too much politics in hip hop today. Kendrick Lamar has taken fans back to the essence of rap. What you say is just as important as how you say it. Hip hop gives an artist a voice; rap music gives inner city men and women a platform to make their voices heard. 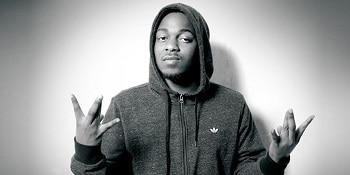 Kendrick Lamar seems to have a true artist’s outlook when it comes to giving the fans what they deserve. Kendrick is killing everything in sight and I don’t see his appetite diminishing anytime soon. This article is Signature Diversified ENT approved, just in case anyone forgot Brotha Blakk said it.

Check me out at wwww.brothablakk.com for more informative blogs and music. If you enjoyed Kendrick Lamar: West Coast Savior come back often for free music giveaways by joining my Fam Club.