No Justice, No Peace- f@#k the Police 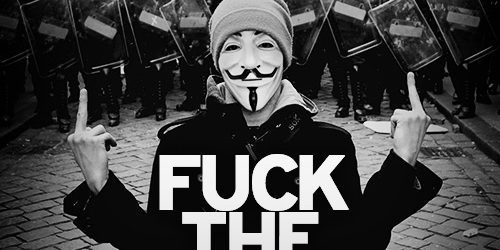 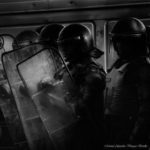 No Justice, No Peace f@#k the Police – Minorities in America

No Justice no peace, f@#k the Police has become a mantra that has been chanted since the early 1960’s. Brutal and excessive treatment of all civilians at the hands of the police has been prevalent for more than a century in this country. The most recent tension between police and minorities has finally given America a front row seat to the brutality that has continued to plagued people of color.

Even 50 years after the Civil Rights Act of 1964 was signed nothing has changed, people are still chanting the familiar phrase no justice no peace, f@#k the Police.  When will society realize that this is an issue that needs to be addressed before more innocent men and women become victim to their senseless police brutality? In many ways the police are a modern day legalized form of the Ku Klux Clan. That last statement may seem a bit rash to some of you but to those of us that experienced the hatred and harassment first hand, it’s a constant reminder of life as a minority in this America.

No Justice, No Peace f@#k the Police-Truth Hurts 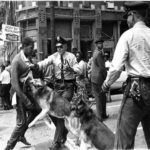 Police brutality is an ongoing epidemic and now that other people are finally paying attention, the real truth hurts. National outcry began with the footage of the Rodney King beating. America do not be fooled, it did not end there.

Young innocent black men like Trayvon Martin, Eric Garner and most recently Michael Brown are simply martyrs of a corrupt system that us as tax payers fund. How ass backwards is that when you think about it.  Our hard earned tax dollars pay police to bully, torment, harass and execute the innocent.

No Justice, No Peace f@#k the Police-Grandstanders

I am not one for the grandstanding that goes on as a result of an injustice that takes place within or community. I’m not saying any names but you know exactly who I am referring to when you watch the news. They stand behind the podium like they were present during the incident but are only present long enough to seek out the next high profile incident.

If you were not here before the incident then why are you here now? Why are you so quick to help your fellow brothers and sisters when the promise of free publicity is at hand? When me and three of my homies were handcuffed and beaten by police, where were our so called activists? Grandstanders should not be welcomed in the hood, no matter what they promise the families.

No Justice, No Peace f@#k the Police-Not all About Race

This issue is not about race but more about a perceived notion of guilt. Racial profiling leads to persecution of minorities by the police. 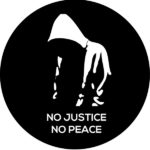 Instead of being innocent until proven guilty minorities are guilty until proven innocent. Young inner city Blacks and Hispanics are targeted far more than any other ethnic background. As a nation we are the only ones that can change this.

Be mindful of the destructive forces that patrol our streets because we are relying on a natural enemy to protect and serve our community. The more we accept police brutality the longer it will continue in our neighborhoods. We have to fight back and regain our freedom from such persecution. This article is Signature Diversified ENT approved, just in case anyone forgot Brotha Blakk Said it at http://www.brothablakk.com.

Through everything that minorities have endured in this nation with no reprieve or justice, it is difficult to believe that no one seems to see a problem but the ones that are being affected. So our last resort as a people is to live by the rules of No Justice, No Peace f@#k the Police.